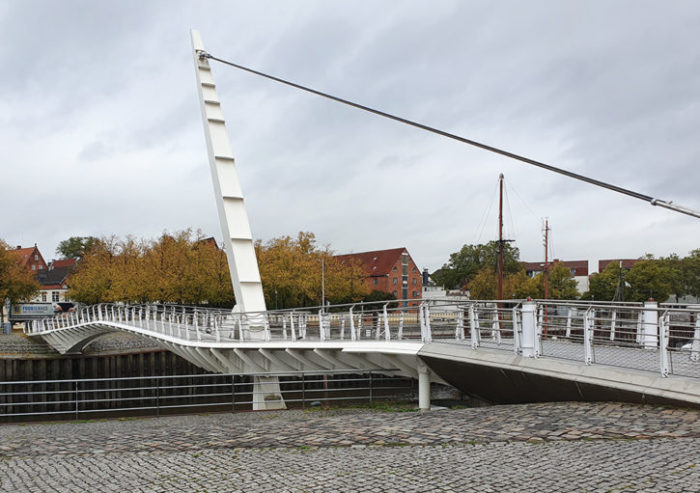 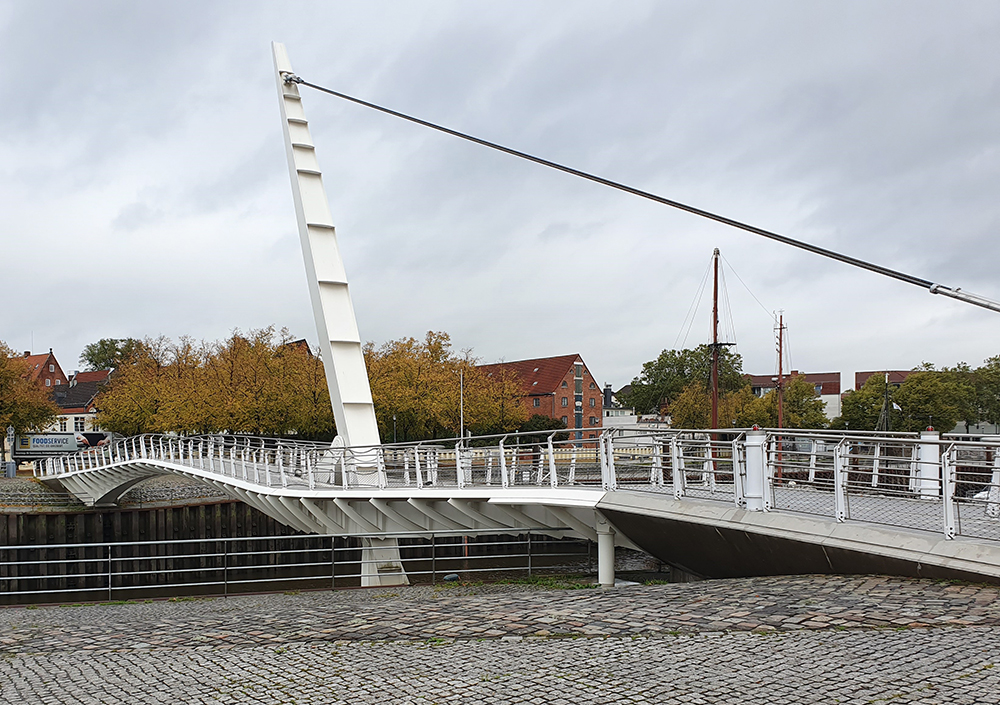 Renewal of the control system of a pedestrian bascule bridge

Motor control for a bascule bridge

In compliance with the risk analysis, a new control of the facility has been built, which corresponds to the current state of the art.

The bridge allows pedestrians and cyclists to cross a port access road.

The entire facility is controlled by a control panel array. Normally, the bridge is closed. If a ship wants to pass, the barriers close for pedestrians, which is signaled both acoustically by a chime and visually by warning lights. The bridge is then unlocked and raised by a motor-driven winch. The motor is controlled by a powerful frequency converter. The traffic lights for shipping switch to green and ships are allowed to pass.

After the traffic lights turn red, the bridge is closed again, locked and the barriers for pedestrians are opened.

On the side of the winch house is an HMI from which the bridge can be controlled in manual or automatic mode. There is also one of the emergency stop mushroom pushbuttons, which when pressed, brings the bridge to a stop (SS1).
The overall bridge can be viewed from the harbormaster’s office, where there is a mobile HMI that has the same functions.

On the other side of the bridge is a rugged outdoor control cabinet that controls the equipment on that side of the harbor. Communication between the cabinets is via fiber optics.

Several wind measuring stations also continuously measure the current wind speed, as the bridge may not be operated above a certain wind strength.

In the course of modernization work within the framework of flood protection, the control system of a folding pedestrian bridge had to be renewed.

This website uses cookies to improve your experience while you navigate through the website. Out of these, the cookies that are categorized as necessary are stored on your browser as they are essential for the working of basic functionalities of the website. We also use third-party cookies that help us analyze and understand how you use this website. These cookies will be stored in your browser only with your consent. You also have the option to opt-out of these cookies. But opting out of some of these cookies may affect your browsing experience.
Necessary Always Enabled
Necessary cookies are absolutely essential for the website to function properly. This category only includes cookies that ensures basic functionalities and security features of the website. These cookies do not store any personal information.
Non-necessary
Any cookies that may not be particularly necessary for the website to function and is used specifically to collect user personal data via analytics, ads, other embedded contents are termed as non-necessary cookies. It is mandatory to procure user consent prior to running these cookies on your website.
SAVE & ACCEPT